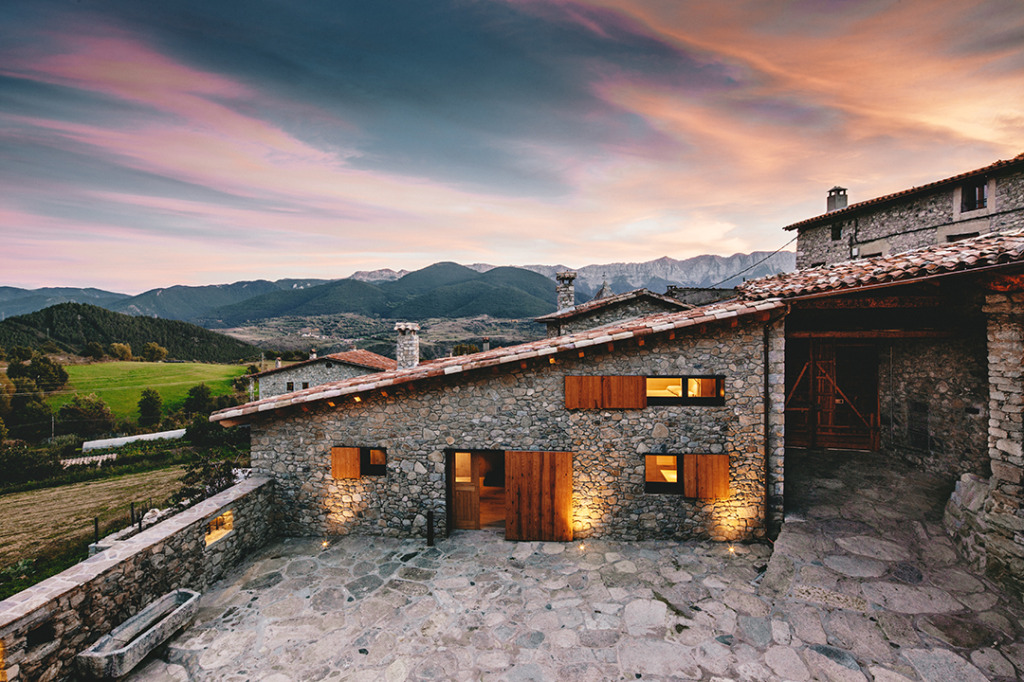 This project takes place in a small village in La Cerdanya, on the north valley side, south oriented the village’s heart consist on 20 houses, surrounded by fields and pastures where farming and agriculture are the main activities. Breathtaking views of the Cadi mountains make of this setting a piece of nature paradise.

Most of the buildings in the village organized enclosing an outside space called the “era”. The village plan shows how the old constructions were built in order to create ensembles of living and working units arranged around exterior enclosed spaces.  Overall they form a grid-like pattern of barns and stables as well as houses.

One set of these buildings consisting on a haystack, a barn, a warehouse, a small dwelling and a “badiu” (traditional backyard), pertained to our client who wished this space to be re-designed and re-arranged to become his home and additional guest areas.

The size of the existing buildings has been maintained, though their facades, roofs and interior distribution have been re-designed and adapted. The badiu has now become a large covered open space that has been revamped using the old roof trusses, but using a vernacular roof system with no bonding material between the timber and the tiles.

Inside, the rooms and guest areas retain the existing stonewalls while the flooring, tiles, woodwork and ironwork combine to give a sense of spaciousness. From many rooms spectacular views can be enjoyed and these seem to blend with and flow from the interior design. 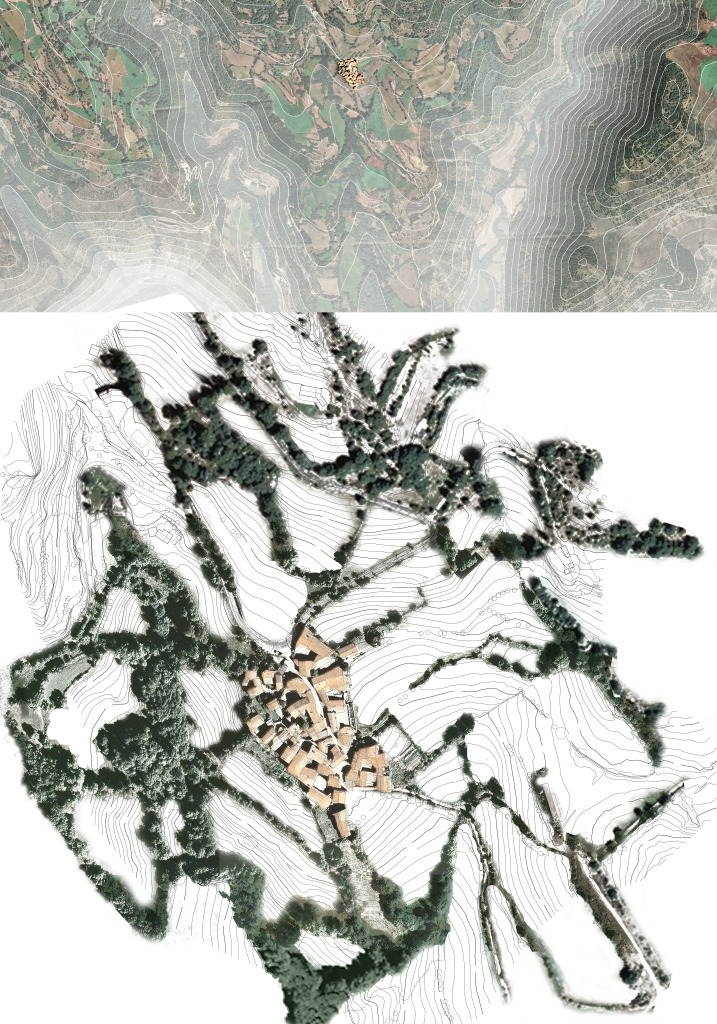 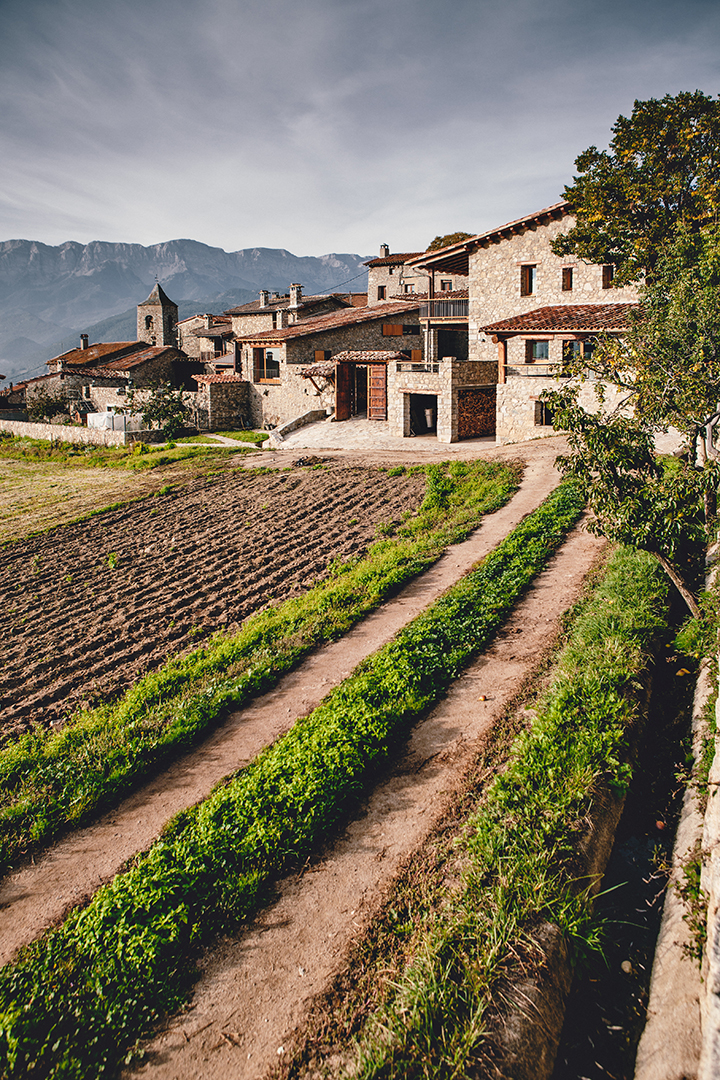 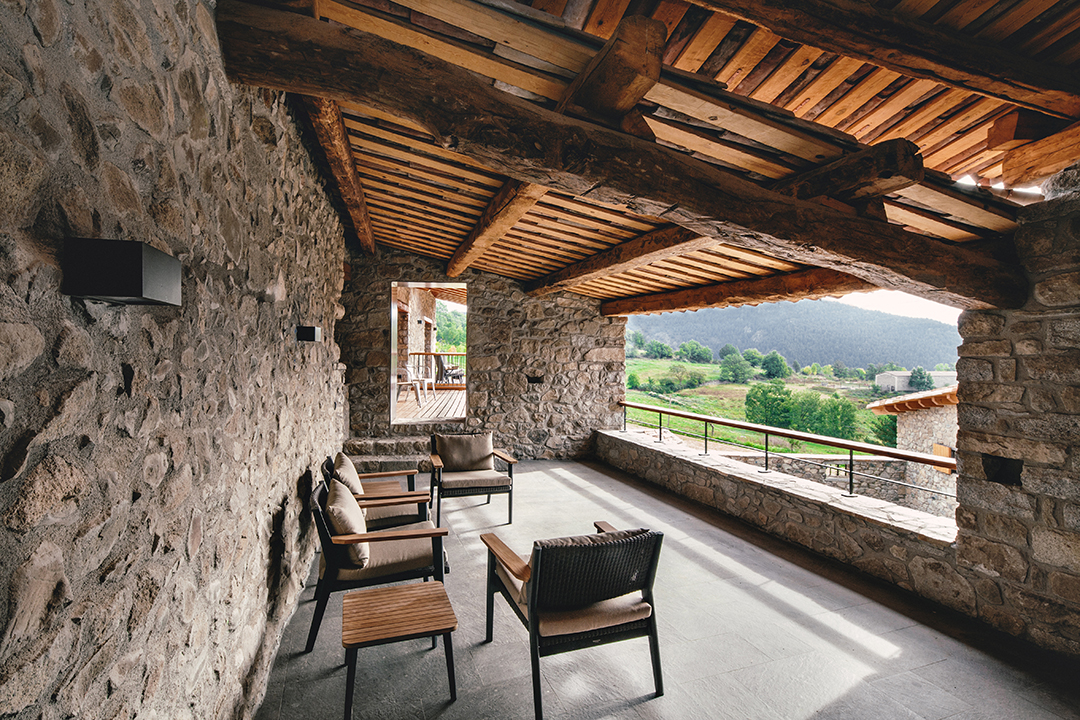 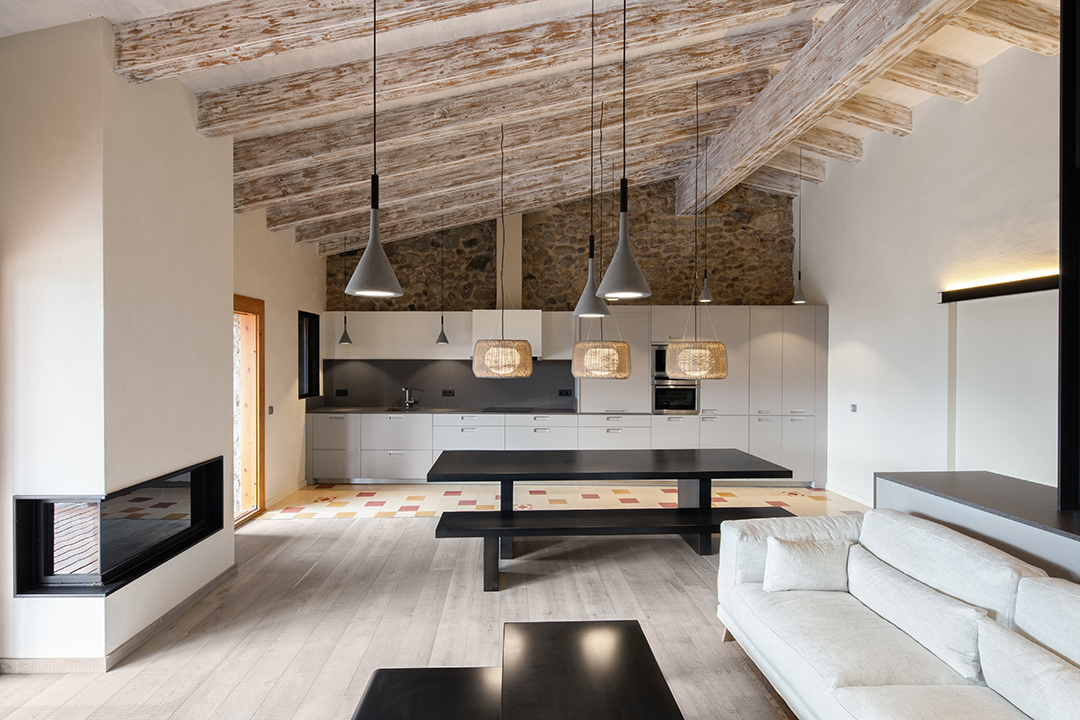 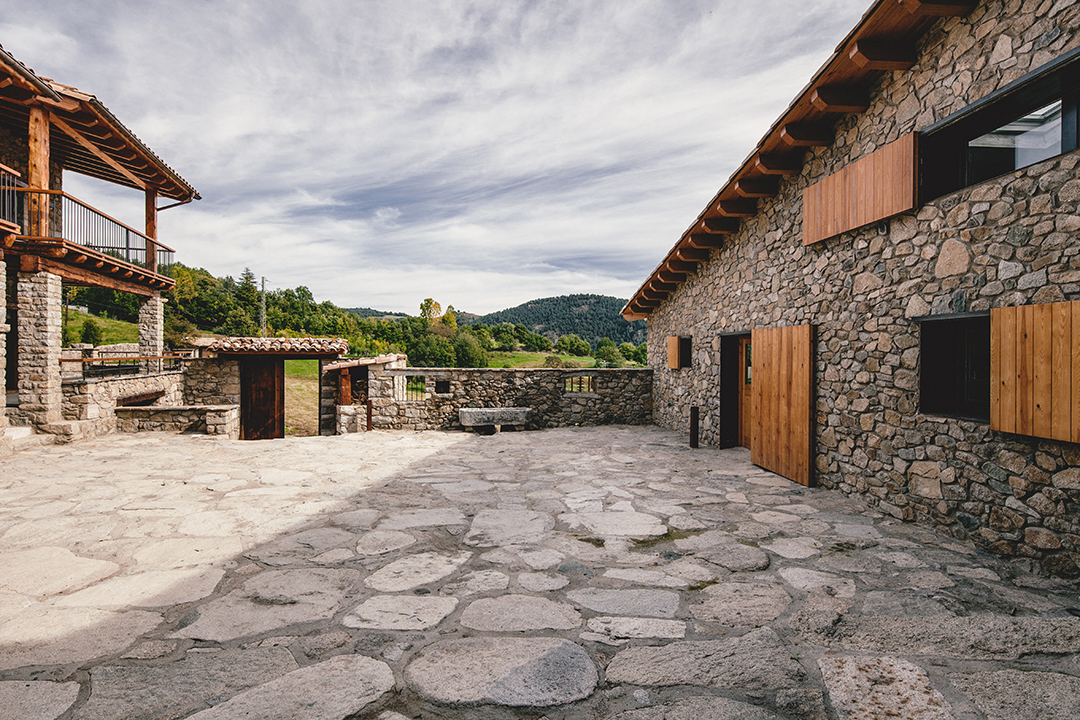 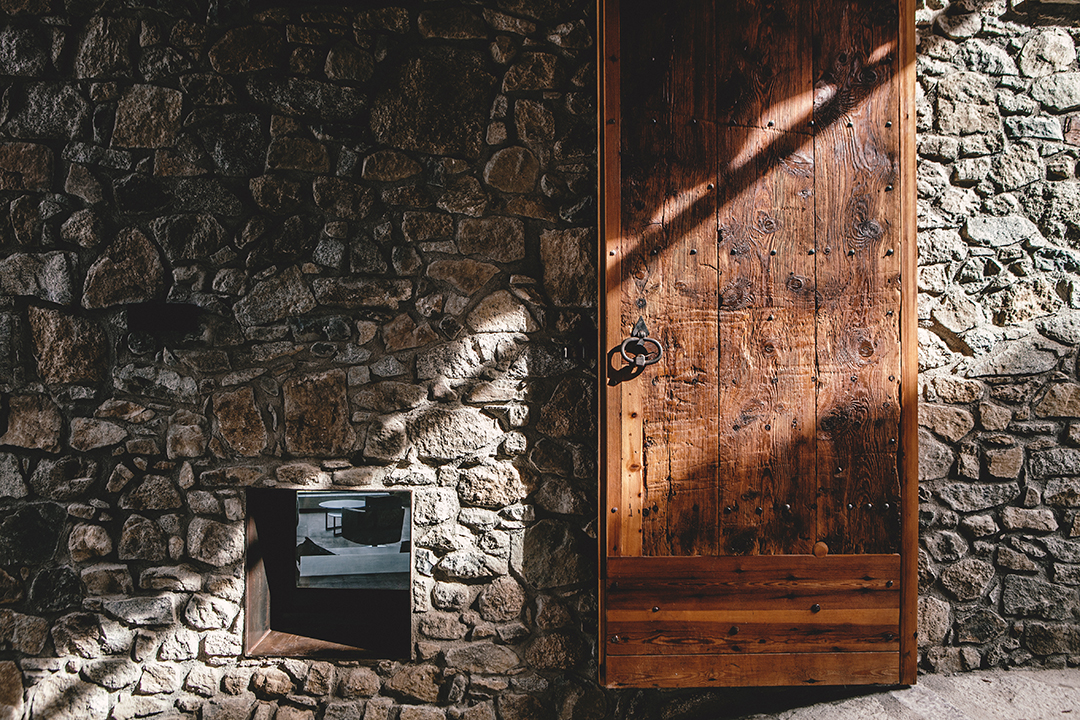 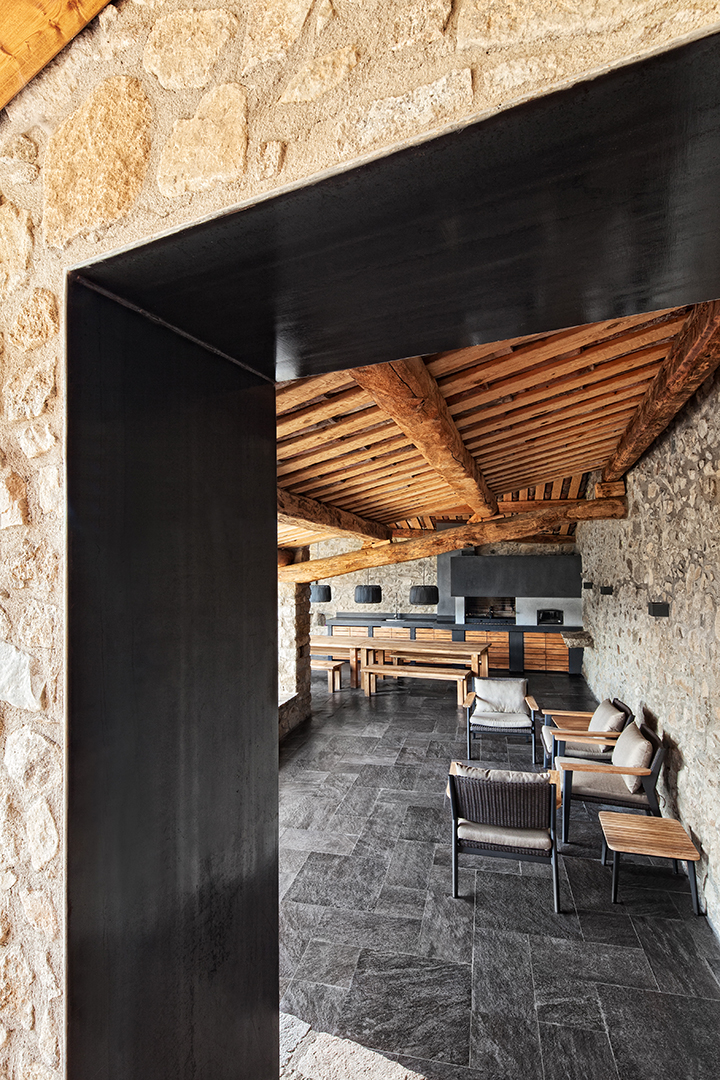 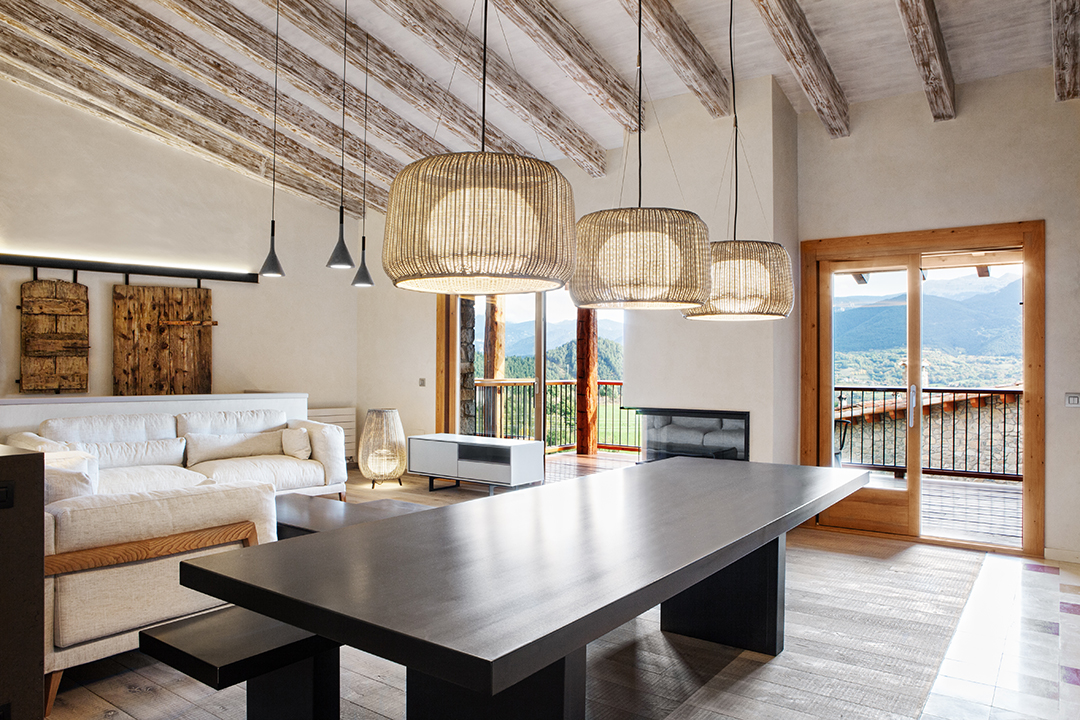 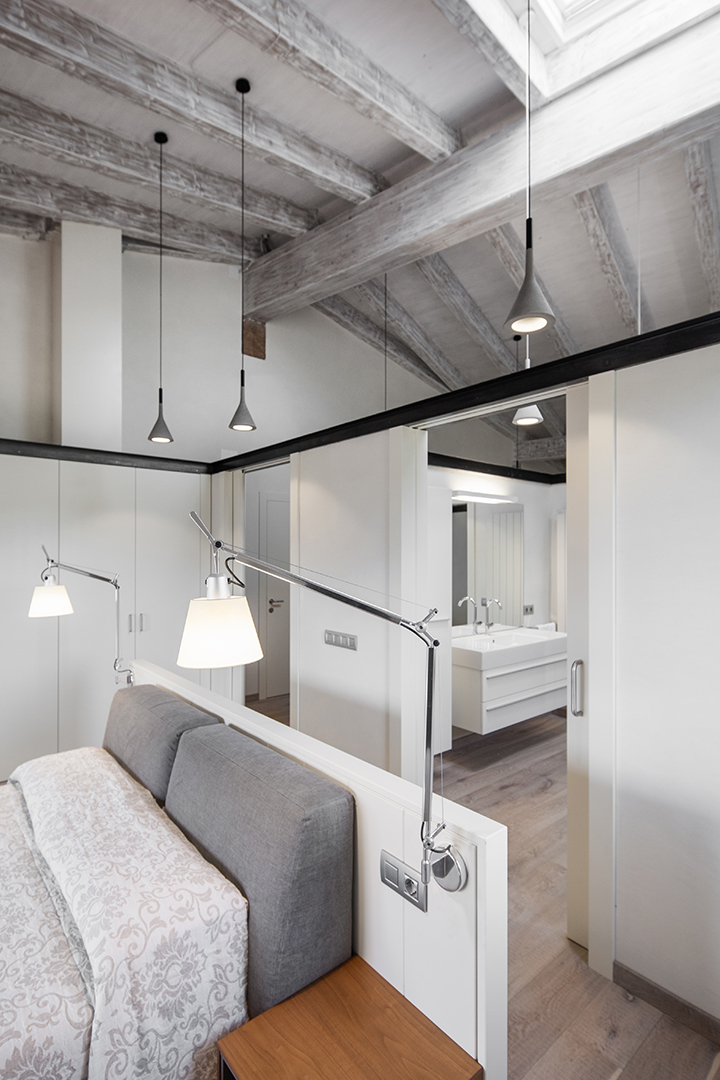 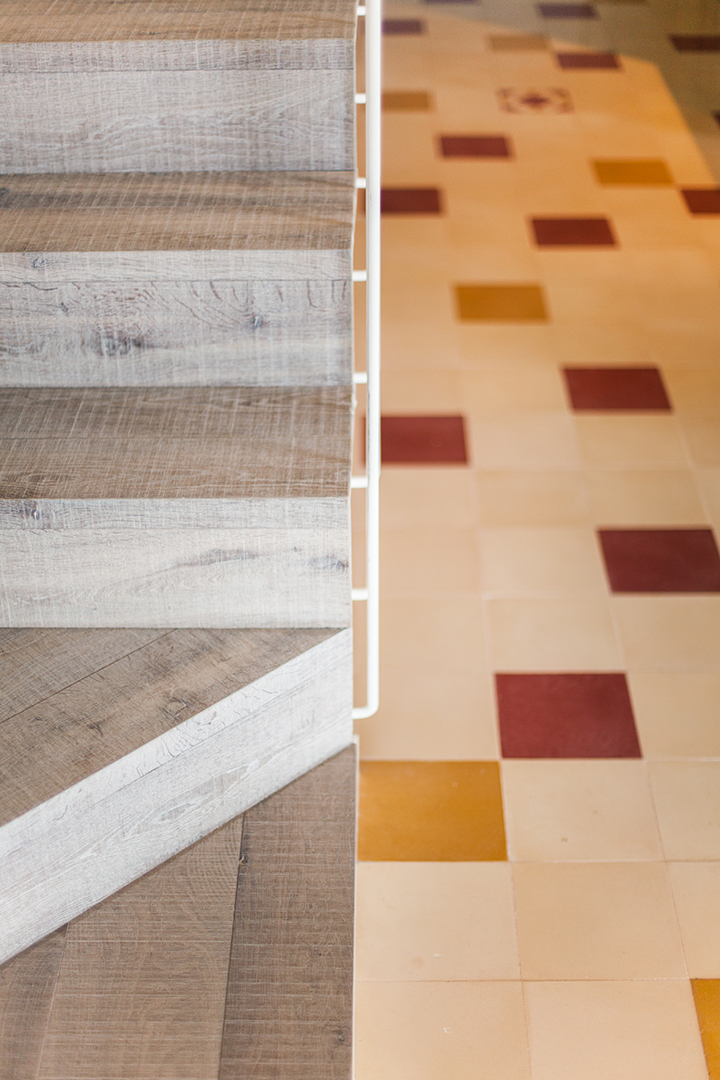 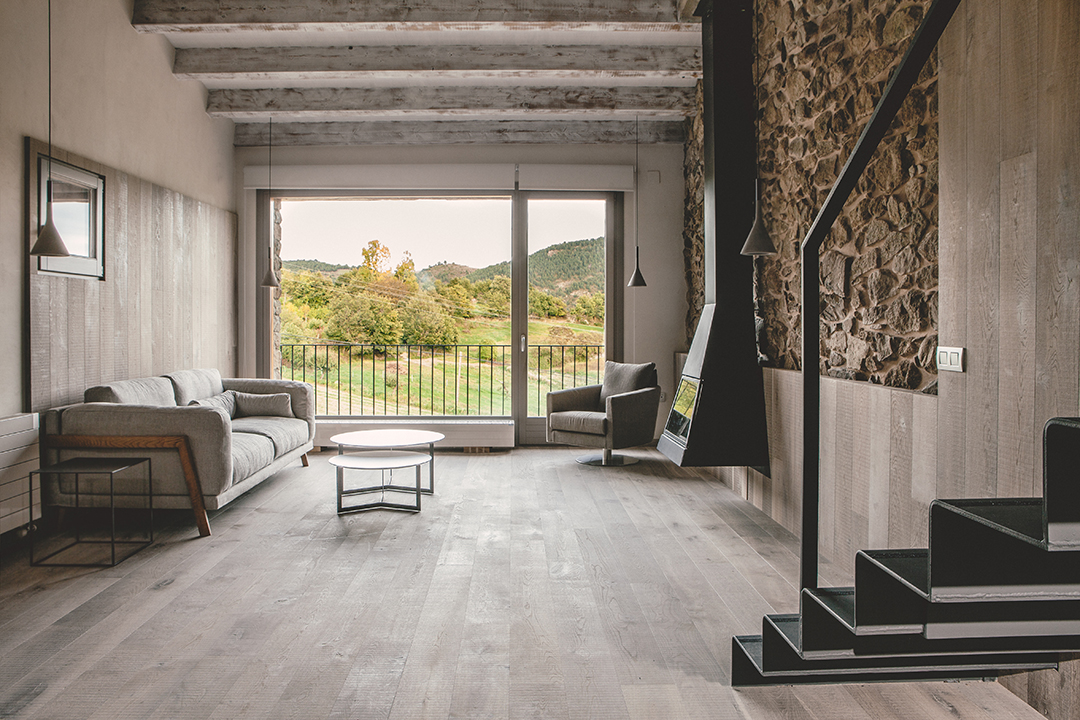 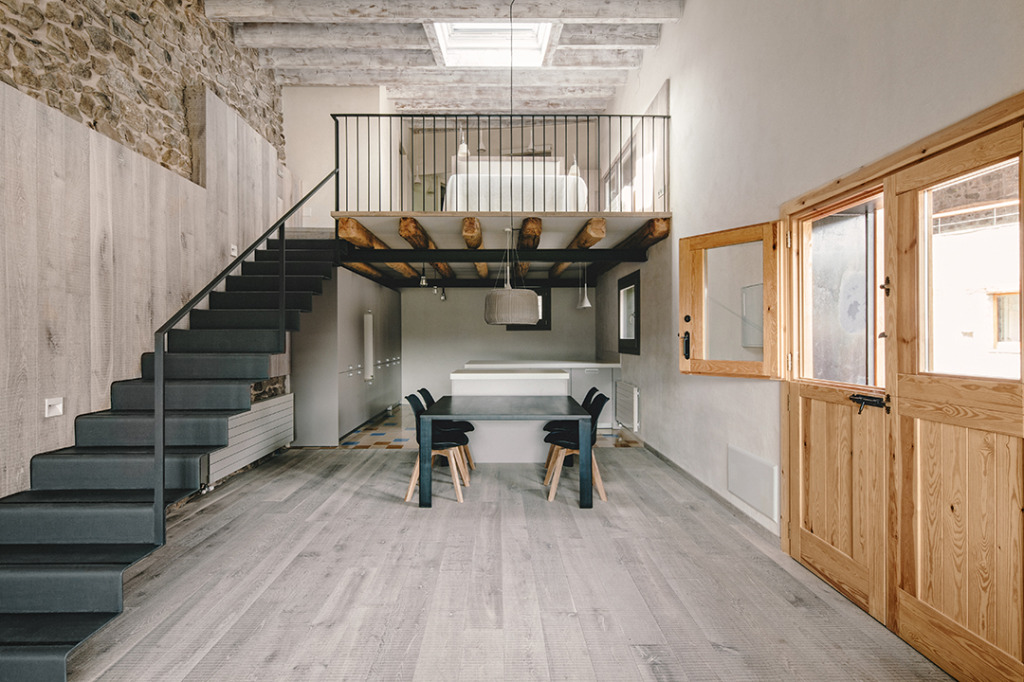 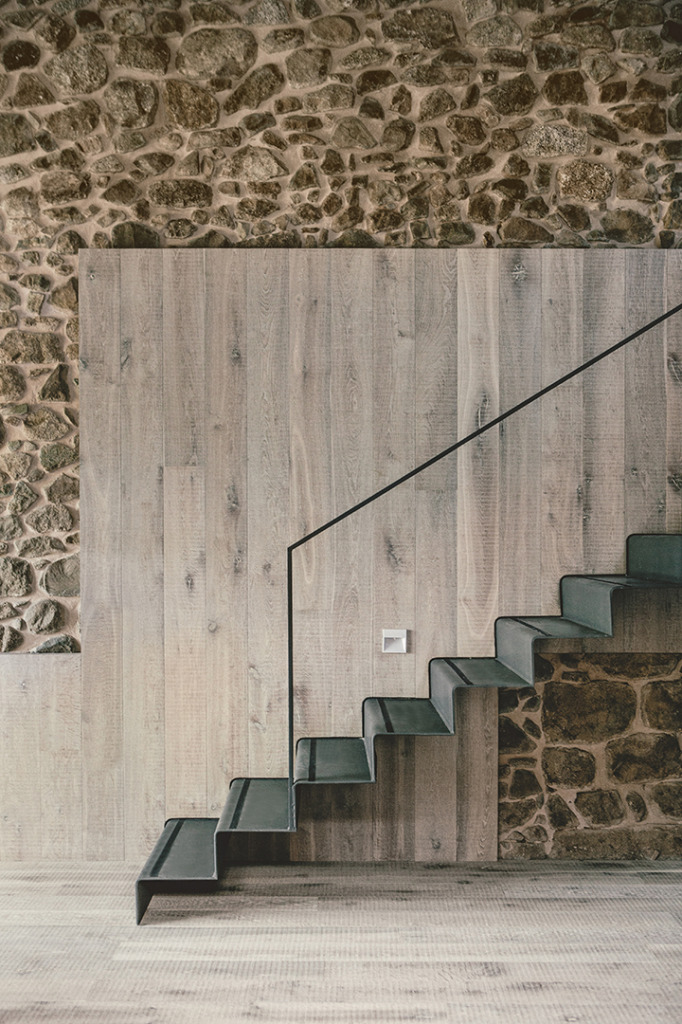 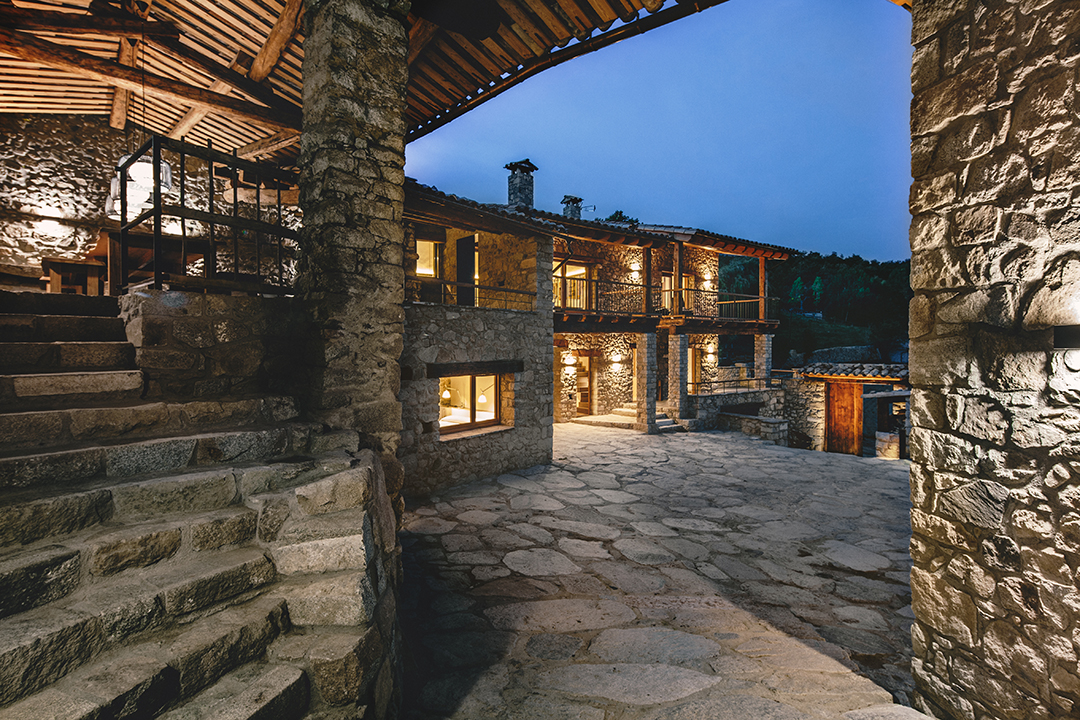 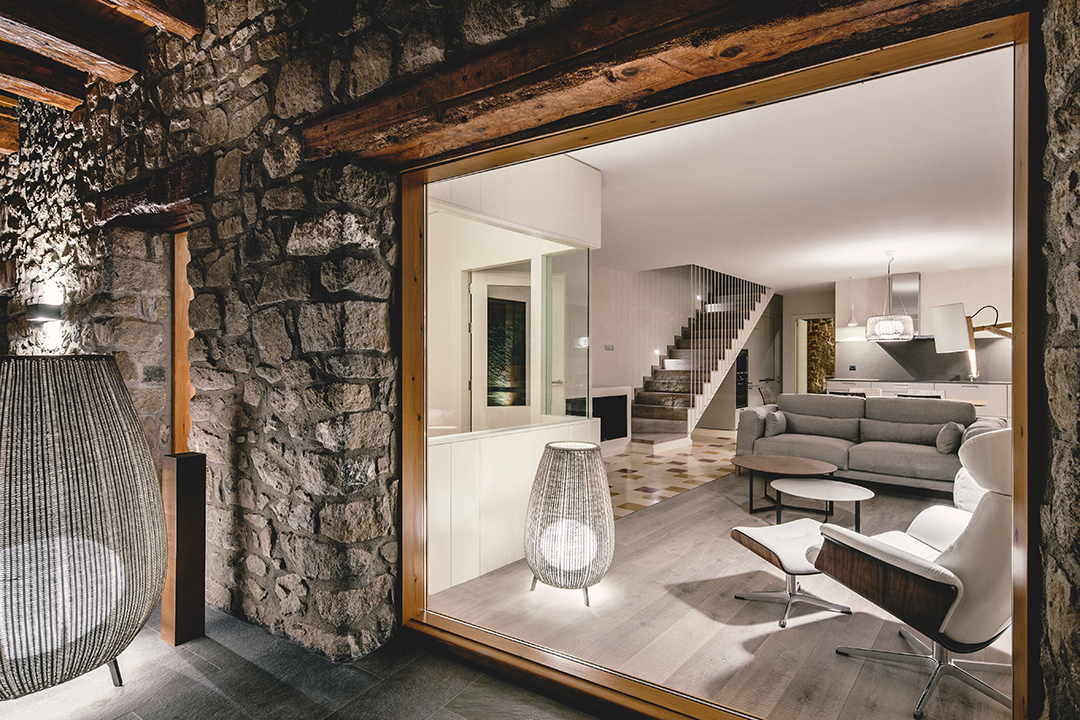 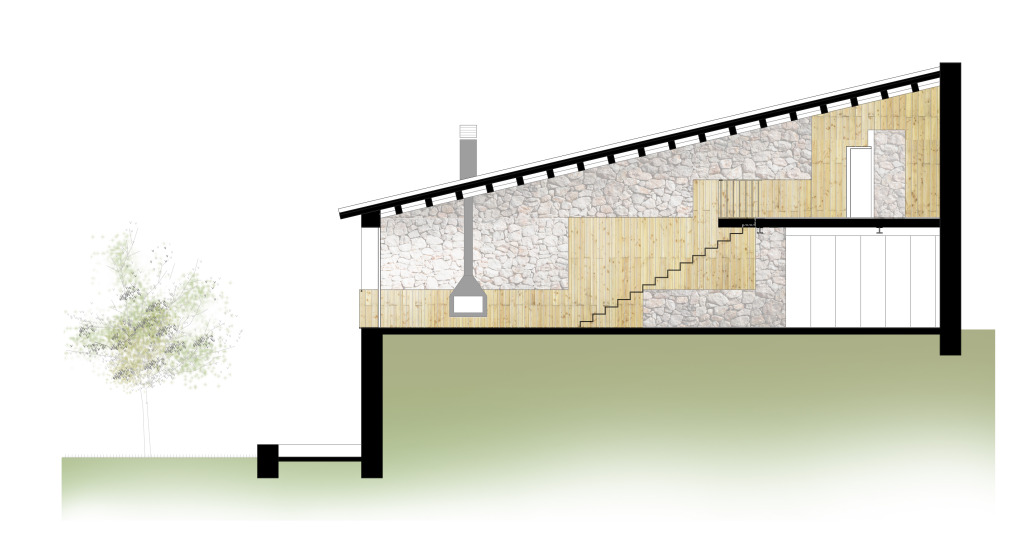 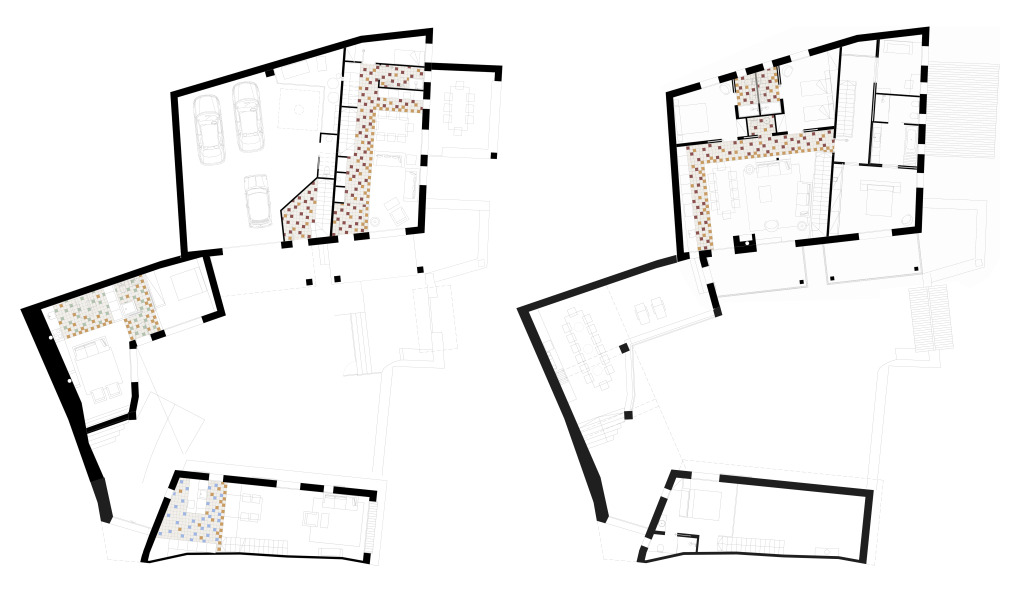