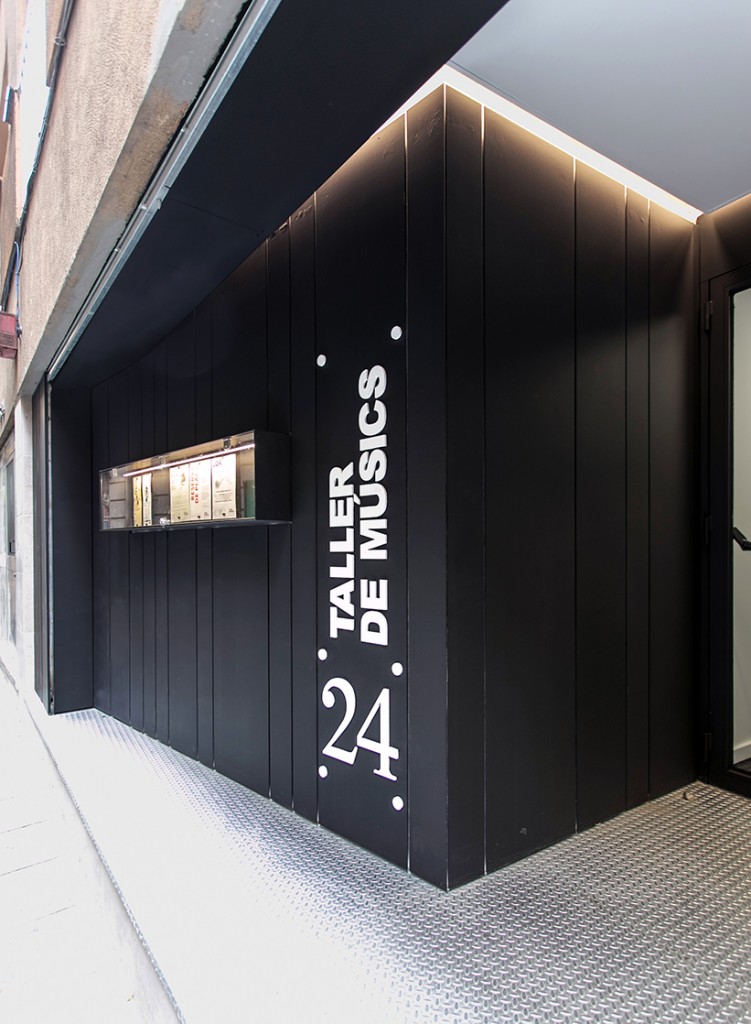 Taller de Musics has been gradually conquering the Raval area, giving life, music and joy to the neighbourhood. This small and irregular local, placed in carrer Cendra, had to harbor two classrooms and a multipurpose room for events and small concerts.

The property wanted to give an underground look and style to the multipurpose space, that could contrast with the formal roll of the classrooms. So we decided to find a common thread that connected us different spaces, the Rhythm.

The entrance poses with a diagonal shape in plan, promoting access and inviting the public to enter. The outer cladding is raised with a vertical slats of black iron with an irregular rhythm.

Once inside, the distributor and the classrooms are raised in white, more serious, with a strict rhythm, cladded with some regular woods painted white.

Finally, the multipurpose room maintains the common thread, with vertical wood coating keeping pace with the rest of the project, used also as an acoustic absorber, preventing internal reverberations. The rest of the room is black, walls and ceilings. The place had a fairly low height. There were some existing beams and also some air conditioning installations, that densify the ceiling. We propose to generate several holes in between the installations and beams, to achieve more high and generate a random game of colourful lights.

Those perimeter coloured void led can be controlled depending on the event. On the walls the property has commissioned several graffiti to give a hooligan character to the place.

The bathrooms are designed with a subway black tile, giving them an urban and underground atmosphere.

The two classrooms and the big room are acoustically isolated and separate elements, so they don’t transmit vibrations to the rest of the building. 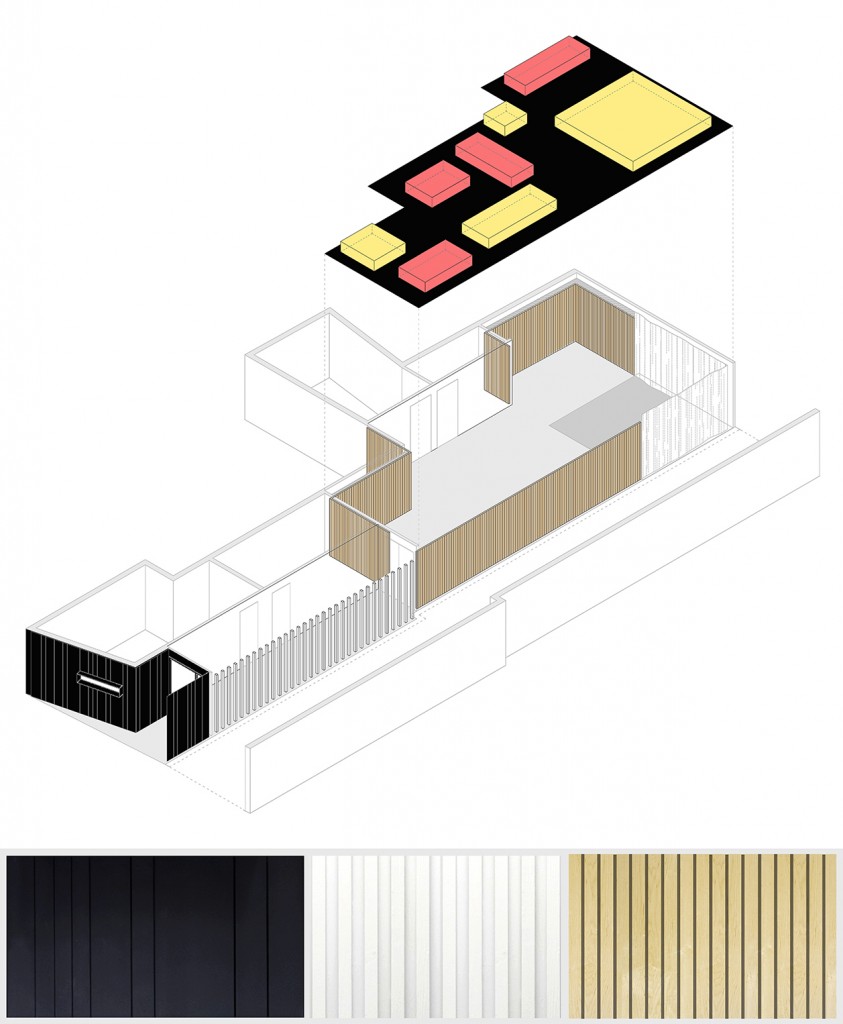 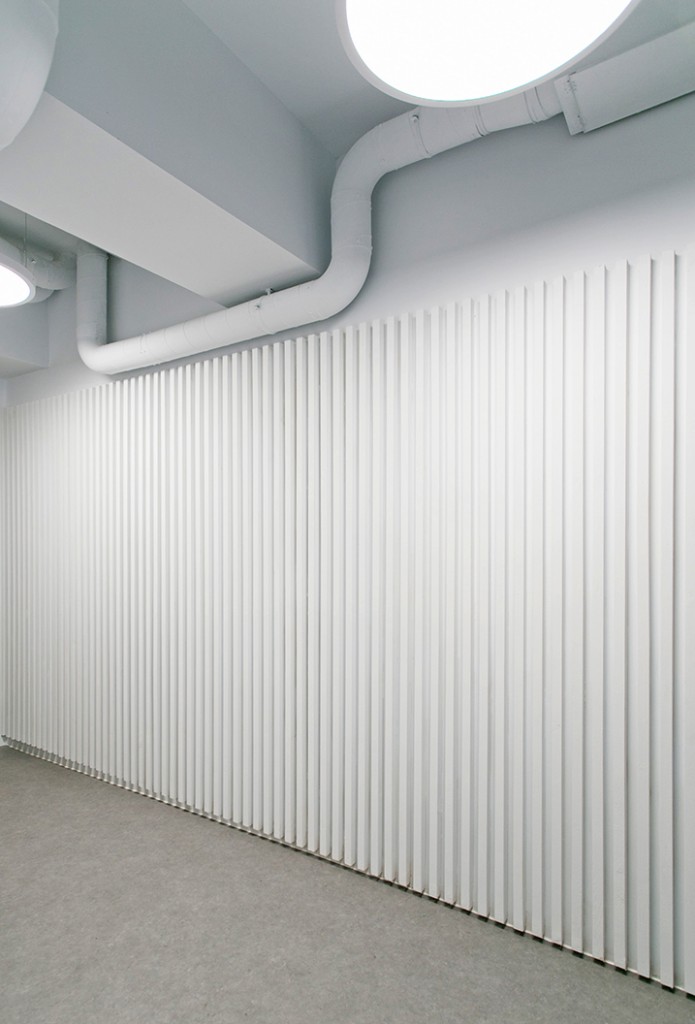 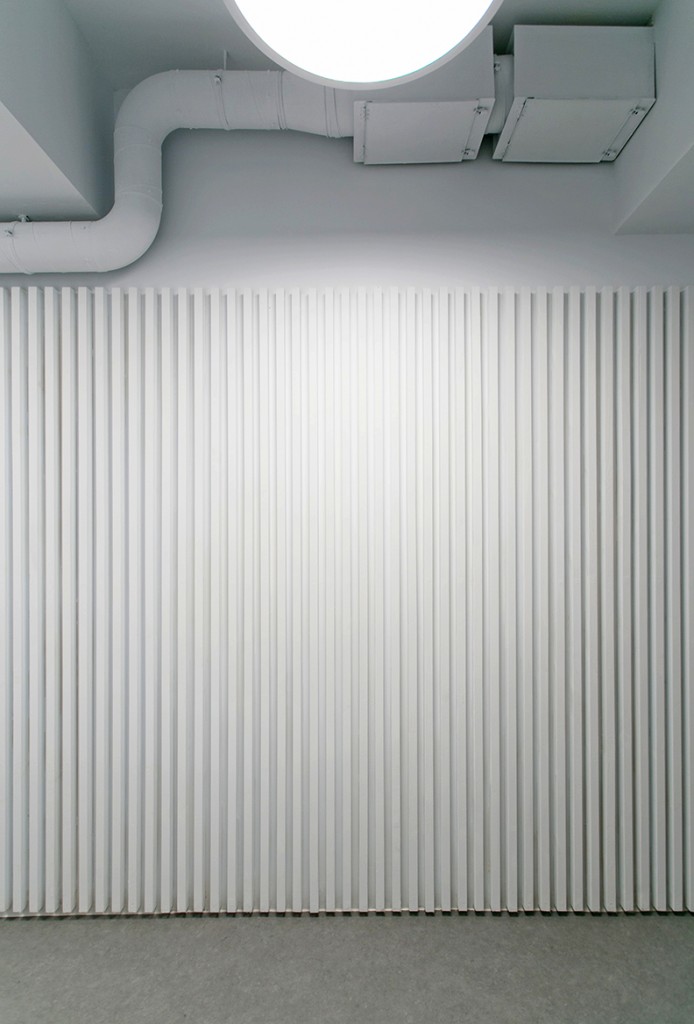 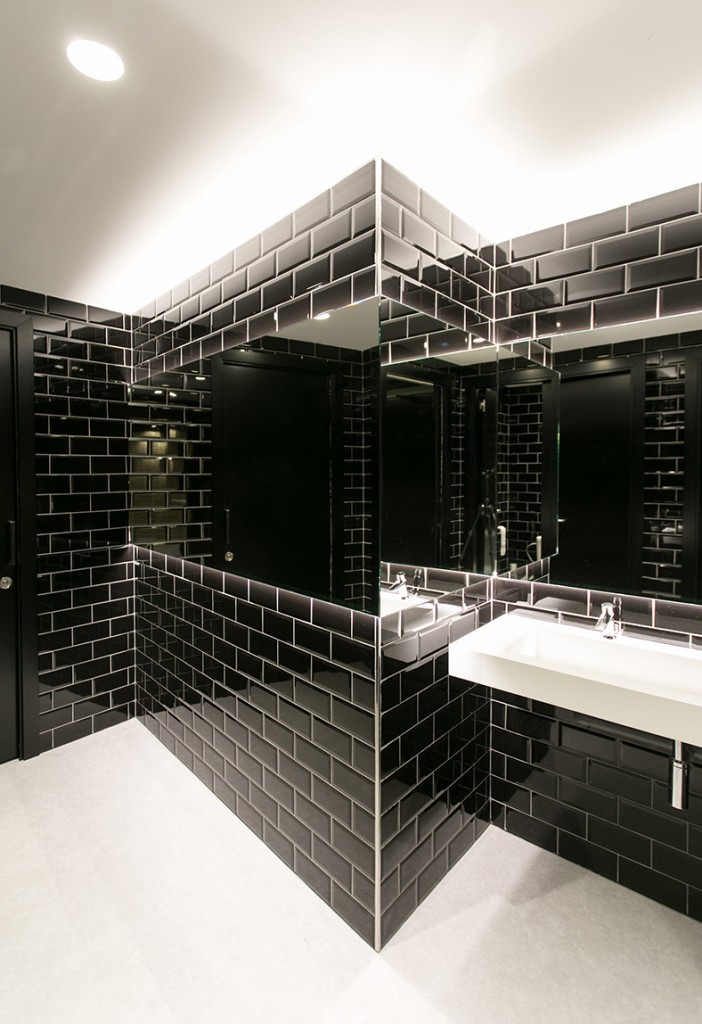 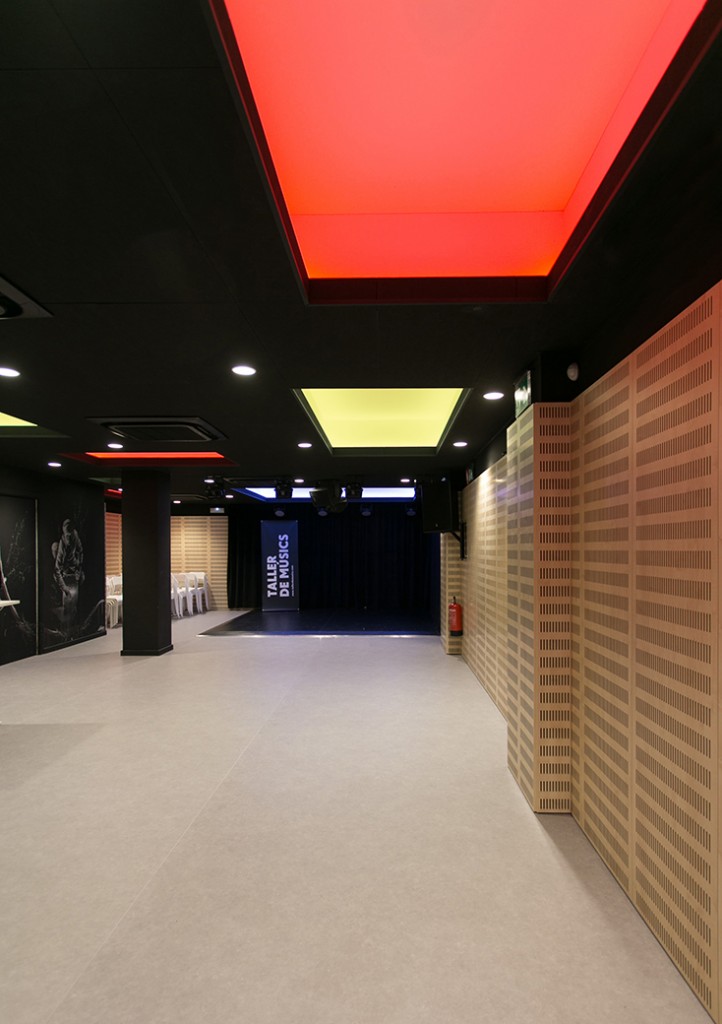 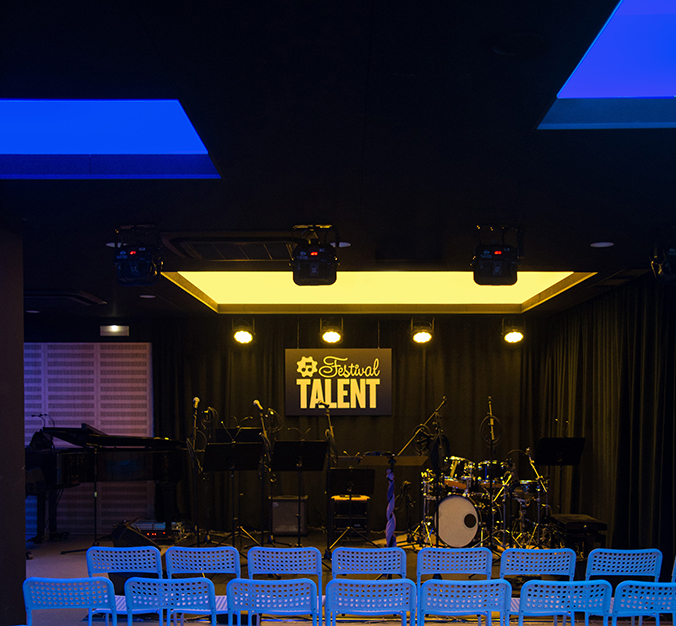 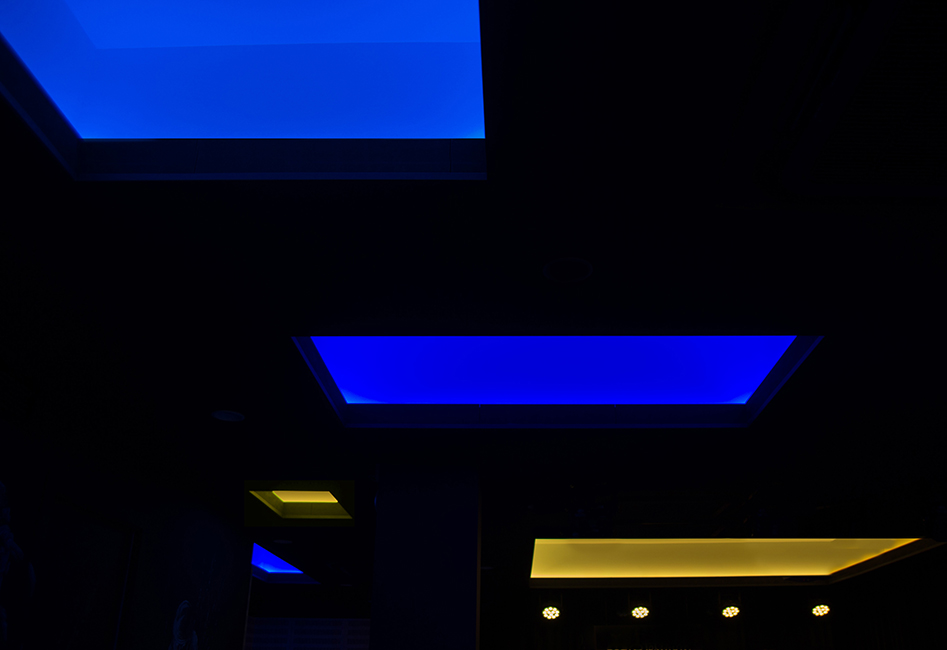 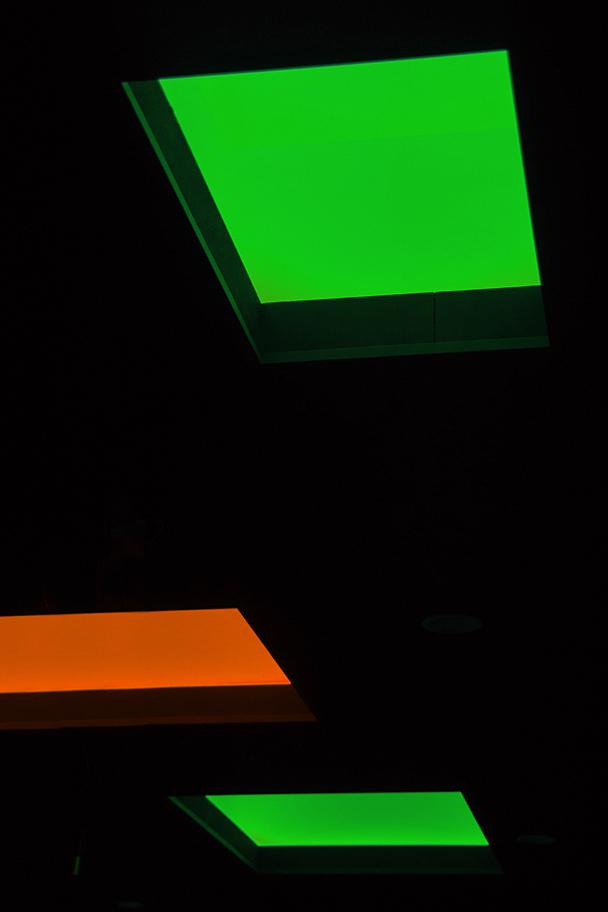